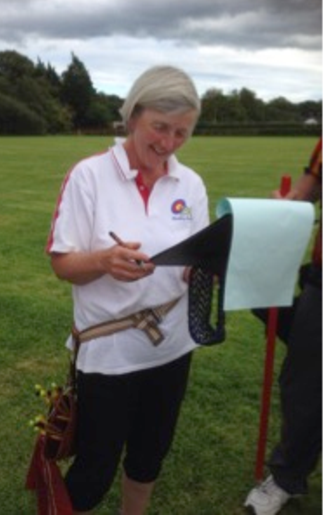 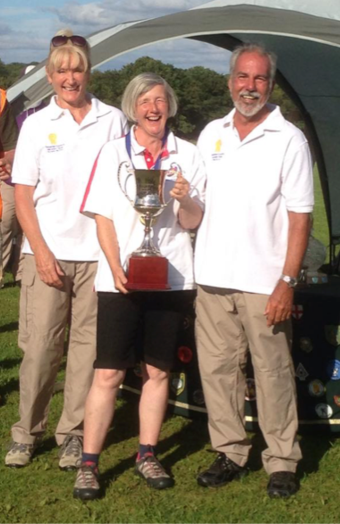 ​Although Hinckley Archery Club is not known for clout archery, one of its members dabbles in the dark art. Catriona forays forth North, South, East and West to shoot longbow arrows into the sometimes blue, but mostly cloudy, grey sky with some degree of success.

Over the last 4 years she has broken and improved County and EMAS records but this August bank holiday weekend not only saw those records fall again but also saw 4 new National UK records being created. Neston Company of Archers hosted the Cheshire Tri Clout and EAF clout championships at the Wirral. All 3 clout competition types were featured, the Imperial (140y) two-way, one-way and the metric (125m) as double and single shoots and Catriona bagged 4 new UK records to add to her other standing UK record. She now currently holds all but one National record for lady longbow clout archery. As if that wasn’t cause for celebration enough, Catriona also became the first ever lady longbow to gain the purple tassel award for an imperial clout. But enough wasn’t enough and 2 weeks later she increased 2 of those records further at Bowflights Archery Club Annual Double one-way Imperial clout. It appears the sky isn’t the limit as far as this Hinckley Archer is concerned!Type your paragraph here.